According to a recent Nielsen report, the Hispanic population has embraced cellular technology like no other ethnic group in the United States. These dedicated smartphone users spend as much as 14 hours per week on their mobile devices with Bilingual Hispanics using approximately 250 more cellular minutes per month than any other smartphone user. 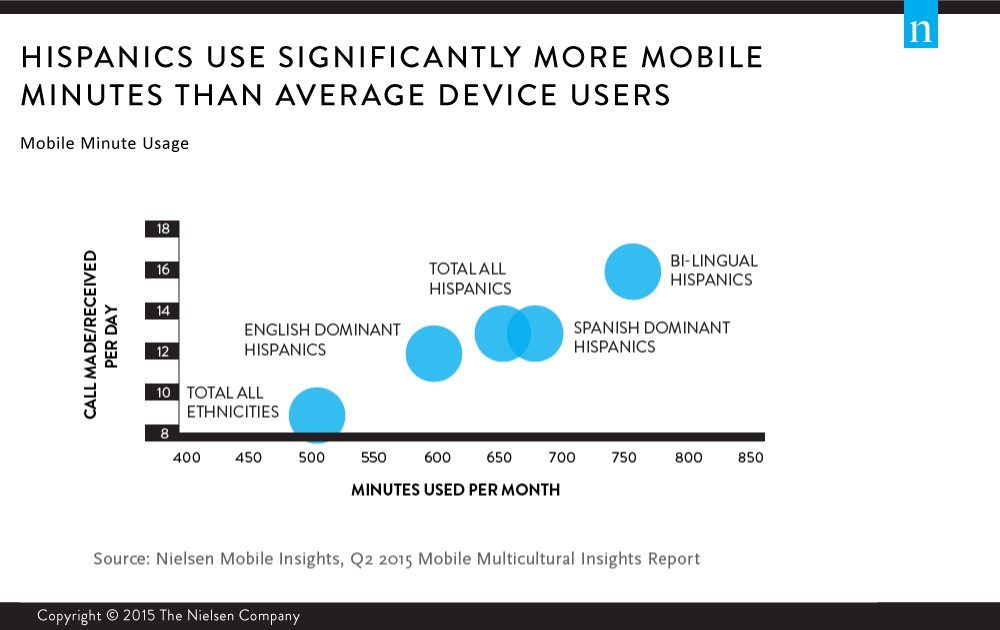 And it is not just the fact that the Hispanic population has embraced this new communication technology so ardently that we feel you should be paying attention to. Hispanics in the United States spend approximately $1.4 Trillion dollars per year and will account for as much as half of the U.S. population within the next five years. These numbers indicate that business owners and advertisers should be taking steps to connect with this highly engaged consumer.
Manning Media launches Spanish campaigns:
Manning Media recently launched several campaigns with the goal of increasing traffic for our clients by targeting this specific demographic. The resulting outcome – ¡Muy Buen!
One of the oldest county fairs in central Maryland was seeking to increase attendance in this, their 153rd season. Manning Media suggested a campaign designed to attracting a new audience, never before targeted by the fair. Using Spanish digital ads and our targeted Hispanic Network of more than 150 websites, an invitation was sent directly to the Hispanic population to attend this historic county fair.
A click through rate of .07% is the national average for arts and entertainment campaigns. With a typical monthly delivery of 150,000 impressions, the average click through rate would result in approximately 150 people responding to an advertisement.
However, by delivering this highly targeted campaign, Spanish ads in our exclusive Hispanic Network, the 152,119 ads delivered over a three week period resulted in a click through rate of .21%, three times the national average, with campaign total of 338 total responses.

A Manning Media client who owns and operates an auto auction located in south central Pennsylvania, already well attended by the local Hispanic population, utilized digital advertising to reach into the Baltimore Metro to increase their attendance. The choice to utilize digital was an easy one because it is the most trackable and cost effective means of reaching outside the local surrounding geography to communicate with consumers who are looking for value in a vehicle purchase.

For the auction house, the real return on investment was reflected in the noticeable upswing in attendance as well as the increase in Hispanic buyers from the Baltimore area throughout the lifetime of the campaign. The success of this campaign has motivated this business owner to duplicate their digital campaign in the coming months.
Manning Media is the only media company in the region to compile the thousands of web publishers into specific managed categories such as our Hispanic Network. With over 100 different managed networks designed to target a wide variety of consumers and demographics, we can deliver your ads to the most relevant groups of consumers on the devices they are using most. Call one of our two local offices and we will be happy to help open those lines of communication and increase traffic to your business or event.
In Frederick Call 301-620-7700 or in Hagerstown Call 301-733-4500. You can also fill out our online request form by clicking HERE!